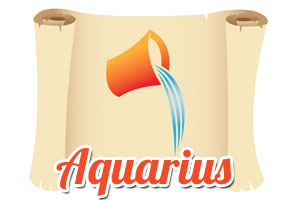 Aquarius is one of the most fascinating sign of the zodiac. People of it are very independent and value freedom. They don’t like pragmatism, typical situations and schemes. They think about the future, act, think and like to live innovative They are open to new things, but it’s hard to convince them to change their mind. They are well-liked and sympathetic, friendly disposed to others, however, they always keep everybody at arm’s length because of their independence.

Unfortunately, Aquariuses happen to be unpractical, don’t have the sense of reality and often live above others, are fanatics of one specific field. Their biggest disadvantages are extravagance, difficulty to adjust, lack of contact with people. There are many anarchist or rebels among them, usually revolting just for the idea, not a specific matter. Their isolation from people may be perceived as emotional coldness, and so Aquariuses want to be perceived.

And all of this to remain independent, free, and be perceived this way. They should be more optimistic, witty and distanced. They should spend more time among people, and learn what their problems are, what they live and are fascinated by. They shouldn’t stay closed in their abstract world, it wouldn’t be too good for them. In relationships, they need a solid load of tolerance and understanding to their complicated character.

A perfect partner for Aquarius should also be curious of world, people-oriented, and him/her down a peg or two. Intolerant partners are automatically disqualified by Aquarius. Also conformism, blind stubbornness and brutality are not welcomed. To be honest, Aquariuses value freedom and independence so much, that they are not too willing to get involved in relationships, and when they meet somebody, they hope for a temporary adventure only.

Men are afraid of regular relationships, both in friendship and love. Women, on the other hand, are more loyal friends than partners, doesn’t like to get involved too much and preferes to keep the margin of independence. Aquariuses, thanks to their innovative approach are great inventors, designers. However, they shouldn’t chose professions which require objective assess of matters and those which would limit their space and freedom.

Aquarius are made to work in freelance jobs, like in science or craft. They shouldn’t chose a job which requires being submitted to somebody.