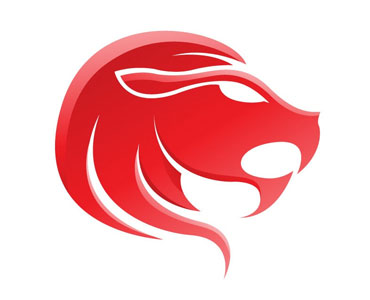 Leo horoscope for this week : It's going to be mysterious week. Somebody close will behave the other way than usually, and you'll be wondering what's the reason. Don't hesitate to ask and speak honestly about your ideas of life together. However, avoid radical love decisions. Focus rather on yourself – it's a good time to make a decision about continuing education.
Daily horoscope Leo : 21 January 2021 (Thursday)


Quote of the week:
Happiness is the only sanction of life where happiness fails, existence remains a mad and lamentable experiment.

Did you know about it ?
The average life span of a major league baseball is 5-7 pitches!


Joke of the week :
The South Takes a Cue from Oakland Everyone is familiar with the plan to teach Ebonics in such leftist enclaves as California andMassachusetts. "Ebonics," a neologism created by combining "Ebony" and "phonics," is supposed to be the language of the untermenschen, the urban underclass.Here in the South, we have a similar movement, called "Bubbonics!" Created from mixing "Bubba"and "phonics," we too have an entirely separate language from English. Like Ebonics, Bubbonics has a slightly different alphabet and different pronunciations from standard English. For example, the English language includes the letter "L" although Bubbonics does not. Likewise, vowel pronunciation in Bubbonics is different from English pronunciation.Take, for example, the following sentences in English, and their translation into Bubbonics:Can I help you?Kin ah hip ewe?Hi, I'm Don Fowler.Hah, ahm Dahn Fah-wah.The discerning English speaker quickly notices that Bubbonics has fewer vowel sounds than English, and the primary vowel sound is "ah." The letters A and E are generally replaced with the sound of a short i.For the advanced scholar, there are actually many interesting comparisons between Ebonics andBubbonics. Indeed, there have even been suggestions that Ebonics is actually a degraded form of Bubbonics, which is itself a degraded form of English. Consider the following statement inBubbonics and their counterparts in Ebonics:Ah axed ewe a quest-shun.I axed you a question, sukka.Ah be smaht.I be smarts now.Hooked ahn Bahbahnics wukks fuh me.Hooked on 'bonics be wukking fo me.If you're a native English speaker, and you can read the writing on the wall, then you know that your native tongue is soon to be as dead as Latin, spoken only in weird rituals or taught to kids in prep school.And if you're a native English speaker and you CAN'T read the writing on the wall, it's probably already in Bubbonics or Ebonics, and you're just that far behind.Gracefully surrender the things of your youth. Clean air. Tuna. Taiwan. The English language. And remember: Bilingual Education means teaching kids to be illiterate in two languages.