Justice concerns the idea of ​​karma and the law of causes and effects, stating that all events and all people are connected to each other.

It is important to remember that not everything we deal with is a direct result of our own actions or karma.

Sometimes you will be called to deal with the results of the actions of someone you care about, and sometimes it can be as difficult and demanding as when you fight something that is entirely your own business.

Do not blame yourself unnecessarily. 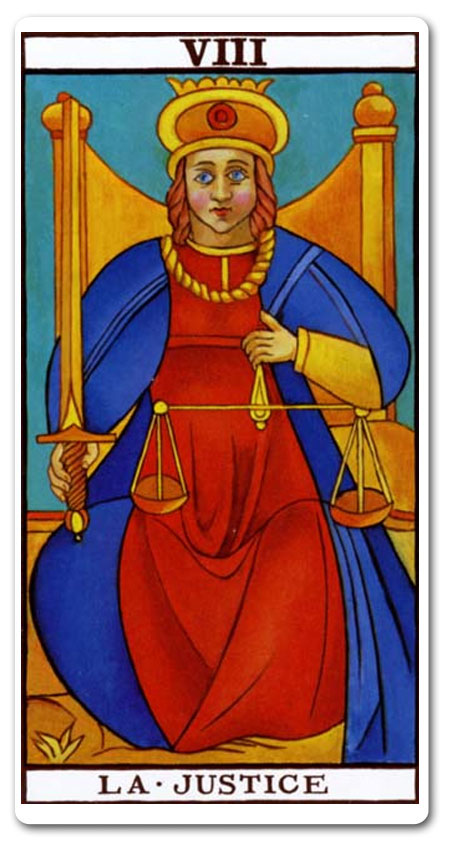 This card indicates the need for integrity, balance and harmony. Act in a way as balanced and as reasonable as you can. This includes the way you think and treat yourself too. If you are directly involved in a lawsuit, it will probably be resolved, at least to a large extent, in your favor.

If you ask if you and your longtime partner will stay together, often when this card appears, the answer is that you will probably decide to go your own way. On the other hand, if you are a lonely person, it is a time when you can get involved in a relationship soon. Take care of what you want most from these unions, and probably it will happen much sooner.

This is a good time for games of chance. Very often, when this card appears in the context of money, it can mean that there will be some surprise coming your way, usually a small one. Even if you do not play around in any way, the money you did not expect could now appear unexpectedly. This is always good but use them wisely. 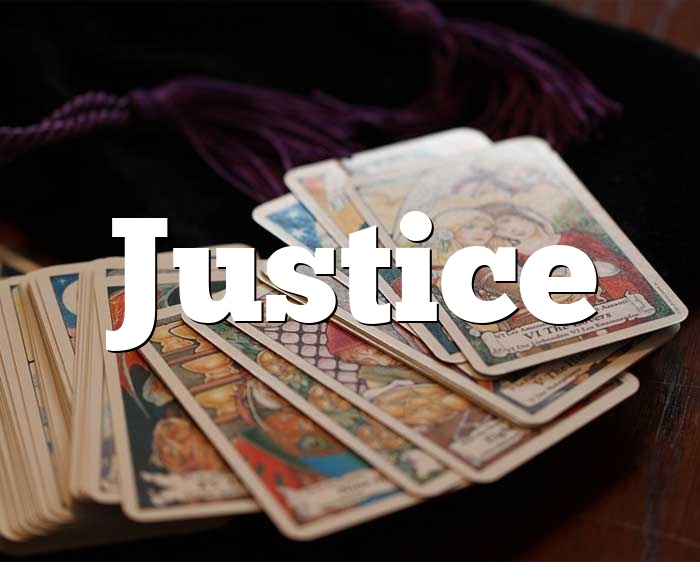 You will get some gift or advice, or you will lose your debt.

When everything is said and done, you’ll get the result you really deserve. Your moral character will be justified, so keep integrating and try to keep your balance.

YES or NO Tarot Reading – Justice

The Justice card deals with karma, justice and balance in various matters in your life.

It does not suggest a result that is for or against you, but points to the need for accountability, dignity and integrity.

There is no unambiguous answer to your question.