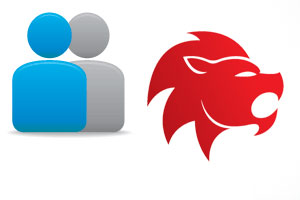 Leo is a sign dependent from the Sun. His destination is self-realization through creating, he’s independent in action, which guarantees people of this sign the sense of fulfillment and happiness of life. Leos are generous, brave, authoritarian and strong, but also their main features of character are goodness, calmness and tolerance. They hearts are warm and good, they like to help others in need, are loyal, sometimes even naïve – and unfortunately, they realize too late that somebody wanted to deceive them. All in all, they are very optimistically disposed and approach everybody with the characteristic trust.

People of Leo like to attract attention, are individualists who are rarely pliable to other people’s opinions, are also ambitious, especially in the fields related to leading, planning and organizing. They are successful on posts connected with authority, i.e leaders, bosses, managers, but also kings and judges. They don’t tolerate failures, strive firmly for success, happen to be hasty and quick, usually make decisions quickly and don’t hesitate for a moment. They rather don’t burst into anger, but if so, it’s very violent and painful in consequences. It’s better not to irritate them.

Belonging to the element of fire is the source of their choleric temper. They strive for absolute domination, are proud and superior, but they also can create and are vital at the same time. Their nature is very complicated, as on one hand, they are noble and striving for authority, but on the other hand – they are spontaneous and kind, always follow their heart and tend to accumulate complexes, which may cause serious depression. In moments of disappointment, they may be aggressive, arrogant and presuming, so it’s better not to get into their way for the own good.

Being overly ambitious obstruct their contacts with others. So they have to learn how to cooperate with the surrounding, act reasonably and avoid making decisions in anger. 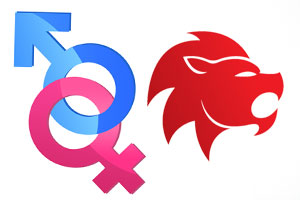 She-Leo likes honors, that;s why she chooses her partner carefully. She is a great mother, a good and faithful partner, attracting a lot men with her beauty and passion. Usually aware of her advantages, she uses them to flirt with many men at once, boosting her confidence and satisfying vanity. She’s not a woman for weak men – her partner should have stable professional and financial  positions, as well as provide her with stability. She likes to be sure she’s the only woman in her partner’s life – that’s when her advantages are fully exposed.

He-Leo loves well-being, eminence and pride. He also values family and friendly relationships. He’s a model father, but hates being criticized. Before he gets sedate, he often changes partners, proving his masculinity. Stabilized, he tends to be jealous, expects submission and passion from his partner, and is terrified of impotence. He is caring, his nature is aristocratic and he never begs for somebody’s feelings.