Who was born on December 26 has fondness of arts and company of the opposite sex.

They are an independent spirit who counts on themselves and draws their strength from within. They have versatile talents, which can be skillfully used in life. They can focus on their goals in life and realize them with great effort, regardless of the goals being negative or positive. Ambitious, serious, thinking, subtle – they are amazed by all things beautiful, both in nature and art; they are fond of companionship of the opposite sex.

Their knees are rather weak. Reluctant to get involved in the matters of other people. Their flaw is their egoism and talkativeness. as well as exaggerated descriptions of their worries and woes. How long will they live? People born on this day usually last long and show a great attachment to life. 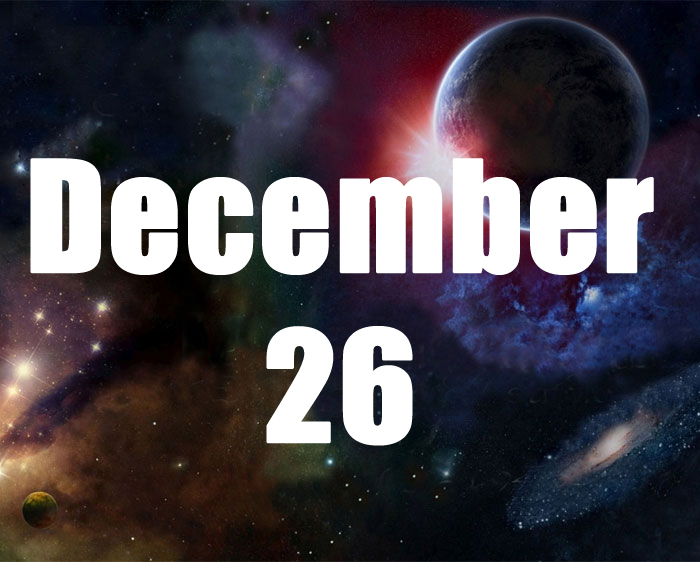 They also live to be older than most people. They keep their abilities and clarity of mind right to the last moments. The illnesses that might affect them include rheumatism, gastric ailments and problems of old age. They stay healthy as long as they remain active. As soon as they get preoccupied with important issues of life – they forget about depression which is their greatest enemy.

How to raise a child born on this day? They show a lot of enthusiasm – so all the efforts of their educators should be focused on developing their desire for helping others – instead of only trying to satisfy their own egoism. They should be taught to limit their food intake and behave naturally and simply – for they have a tendency for excessive ostentation and showiness, and are prone for learning vulgar behavior.

December 26 Famous Birthdays. Who was born the same day as you ? 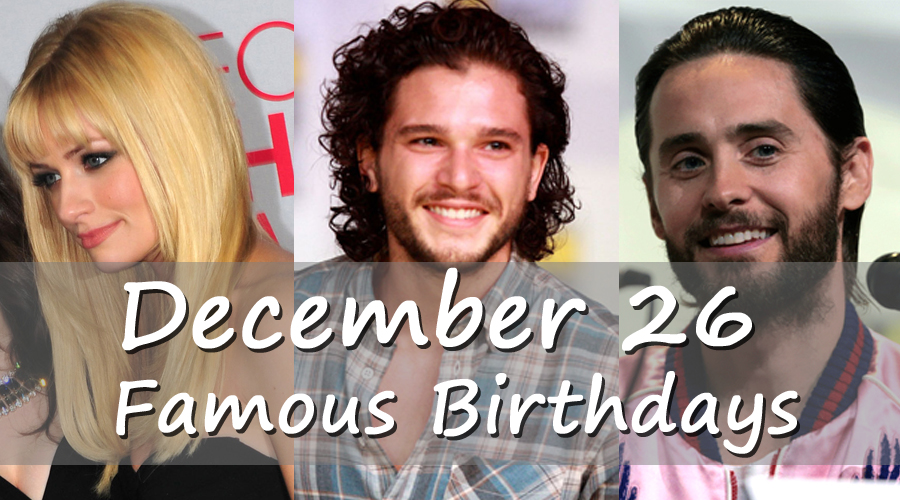