Who was born on December 17 is enthusiastic of nature and has helpful friends.

Their character is strong, imperious and it often lets them overcome the hardships of life they find plenty of in life. Rather hard-working, enthusiastic – they show excellent mental abilities and extensive interests. They easily befriend people and can adapt good traits from others. The flaws of this birthday predominantly include, next to the sensuality, restlessness, dispersed strength and abilities, as well as opposition and rebellious tendencies.

Caring little for the outcome of their deeds, such a person pursues their projects like a maniac. When their sensual passions and desires grow too strong – they find themselves at risk of negative actions. What should they strive for? Most of all, to control themselves and avoid sensual excesses. They should not mimic others and draw their ideals from the bottom of their heart. 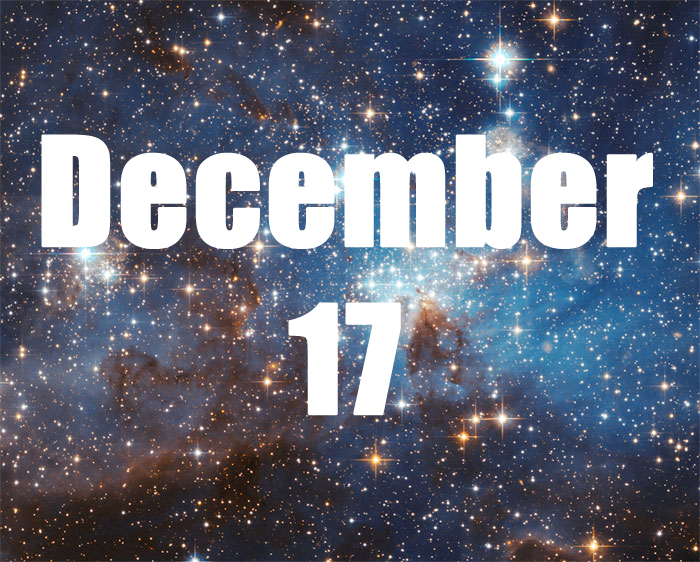 They should not jump from one place to another, changing their occupation and surroundings, but stay in one position once it is chosen and fulfill their moral duties, for that will move them forward in the great school of life.

It should be noted that this birthday yields two kinds of people: The lower – undeveloped – is restless, harsh, scatterbrained, absentminded – they are a seeker of beauty, chasing after opportunities, one who values gambling and betting everything on one card. However, the developed kind is represented by people who are generally liked for their goodness, loyalty and justice. The friends of such a person usually hold high positions and can be very useful and helpful to them.

December 17 Famous Birthdays. Who was born the same day as you ? 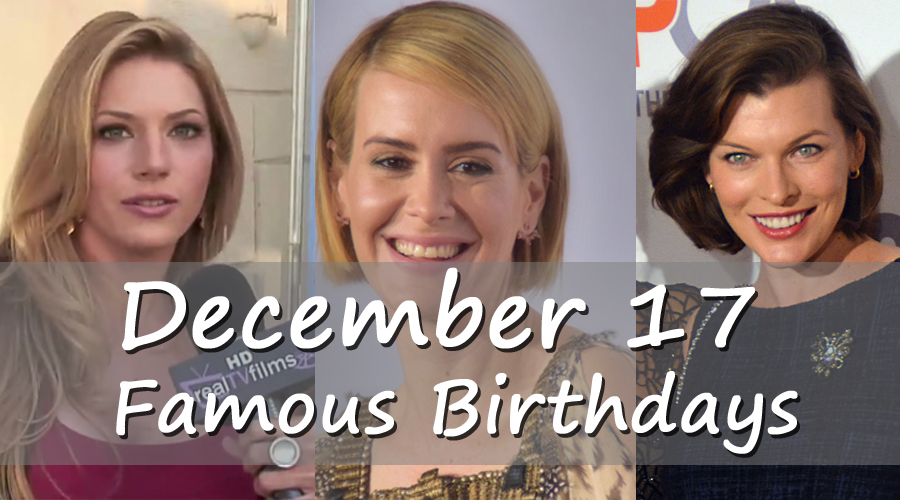